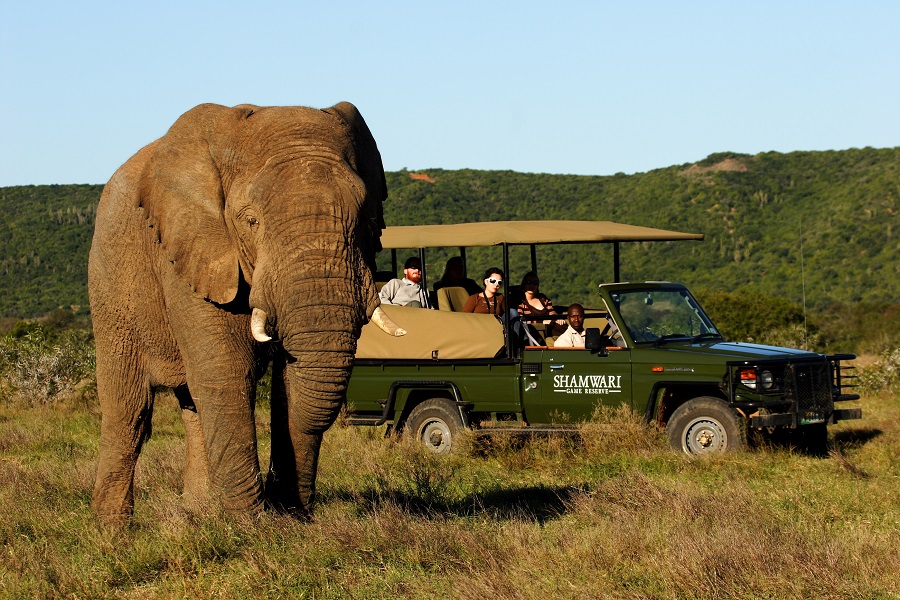 Our tour departs early morning from Pretoria, Capital city of South Africa for the town of Port Elizabeth in the eastern Cape. 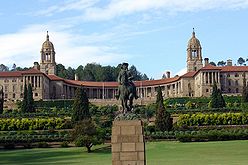 The flight to Port Elizabeth is about an hour and a half from OR Tambo airport in Johannesburg.

On arrival in Port Elizabeth, we head for Shamwari Private Game Reserve, an absolute gem in the Eastern Cape! 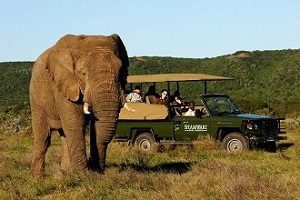 What an atmosphere….. wildlife in abundance, exquisite Safari accommodation…. serene beauty.   It’s fantastic!  The two-night stay at Shamwari is out of this world! 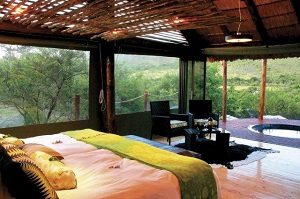 As we leave Shamwari, memoirs of our once in a life time stay plays by…. hmmm…. wish we could stay here!

The country town of Graaff-Reinet awaits!

The Eastern Cape is filled with history and Graaff-Reinet is no exception. Let’s have a quick lunch somewhere en-route before checking in for the night at Graaff-Reinet. The town is beautiful, dating back to the 1700’s. It is the fourth oldest town in South Africa, after Cape Town, Stellenbosch, and Swellendam. The town lies 750 metres (2,460 ft) above the sea and is built on the banks of the Sunday’s River. Dinner at a local restaurant should be lovely. A variety of fish, chicken, ostrich, lamb, mutton and beef is on the menu.

The town was founded by the VOC Dutch East India Company in 1786, and named after the then governor of Cape Colony, Cornelis Jacob van de Graaff, and his wife, whose maiden name was “Reinet”. During the Second Boer War, Graaff-Reinet became the centre of British military operations for the whole Eastern Cape . 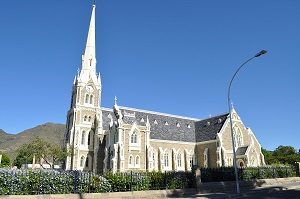 We leave Graaff-Reinet around mid-morning and head for the town of Knysna, about 3 to 4 hour’s drive away. The vast open landscape is rather unique, almost dry, almost desert-like, yet with some greenery almost all the way. Sheep farming is amongst the core farming activities in this region. 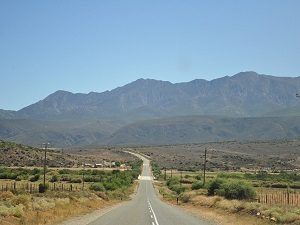 Let’s stop for coffee or even a late lunch at Uniondale, the little Karoo’s best kept secret. It’s beautiful here, the Kouga and Kamanassie mountains in the background, a lush green landscape, in summer, even more so! It’s really nice here…. 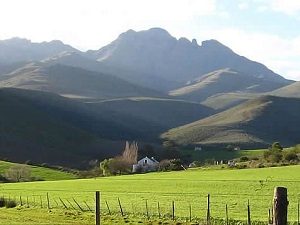 A leisurely drive from Union Dale should get us to Knysna in about an hour and a half…… no rush.

Knysna is a forested coastal town in the Western Cape, located about halfway between Cape Town and Port Elizabeth, almost centred to the garden route. The town nestles on the north shore of a large warm-water estuary, known as the Knysna Lagoon and the Indian ocean to the south. A lovely town amongst beautiful countryside.

We have two nights in Knysna to relax, to explore…… the region, nearby towns, historical sites, museums, architecture and the like.Various towns and places of interest amongst beautiful scenery and forests are close by. Wilderness, Tsitsikamma forest, George, Mossel bay to name but a few. The Knysna Elephant Park nearby offers sanctuary to relocated jumbos. Dolphins are often spotted offshore. Southern white whales might visit the shores of Paradise Coast. 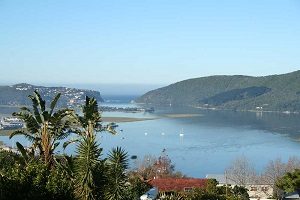 Let’s settle in and go for supper….. Explore at leisure in the morning, pause for tea/coffee with a lovely slice of cheesecake or lemon meringue, lunch and dinner at restaurants in the area as and when we please to return by early evening. No rush.We don’t have to do anything either, it’s Ok! 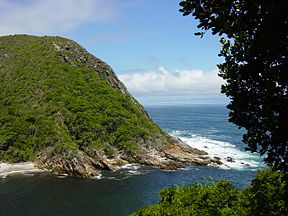 Late morning, day 6. We leave Knysna and make our way to Franschhoek. How about lunch at the town of Swellendam en route to Franschhoek while enjoying the scenery. 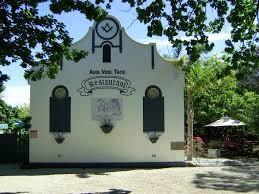 Swellendam is the 4th oldest town in the Republic of South Africa, situated in the Western Cape province with about 17 ooo inhabitants. Numerous heritage sites most of them buildings of Cape Dutch architecture are to be found in Swellendam. Swellendam is situated on the N2, approximately 220 km from Cape Town and 270km from Knysna.

Early travellers and explorers who visited the Cape in the 16th century traded with the Khoikhoi people who lived on these shores and in the interior. Trade continued inwards as far inland as Swellendam when the Dutch East India Company established a replenishment station at the Cape in 1652. The town is named after Governor Hendrik Swellengrebel, a first South African born Governor along with his wife, Helena Ten Damme.

Franschhoek is our 6th and final overnight destination en route to Cape Town. Cape Town is about 80km from Franschhoek. Let’s decide in the morning what time to leave for Cape Town. Our hotel is situated in a beautiful country setting amongst the mountains and vineyards of historical Franschhoek, tranquil and relaxed!

The small town of Franschhoek in the Western Cape Province, is one of the oldest towns of the Republic of South Africa with a population of just over 15 000.

176 French Huguenot refugees, originally settled in the valley in 1688. Land was given to them by the Dutch government in a valley called Olifantshoek (“Elephants’ corner”), so named, as elephants often crossed into the valley to calve. Later on, the name of the area changed to le Coin Français (“the French Corner”), and again later to Franschhoek (Dutch for “French Corner”) Many of the settlers named their farms after areas in France from which they came. La Motte, Champagne, La Cotte, Cabrière.

Franschhoek is often referred to as the food and wine capital of South Africa. The town houses some of the top restaurants in the country. A strong wine culture, pristine natural and architectural beauty have turned Franschhoek into a major attraction in the Western Cape.

Cape Town greets us on arrival with the sea and Table Mountain in the background. Much to see and much to do in and around Cape Town. We have three nights in Cape Town. Let’s decide daily on outings and/or activities. Leisure and luxury accommodation awaits, three nights close to the city center on the Waterfront. 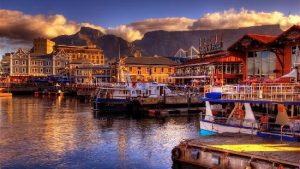 Cape Town ranks third among the most populous urban areas in South Africa, after Johannesburg and Durban, and has roughly the same population as the Durban Metropolitan Area with about 4 million inhabitants.

It is the provincial capital of the Western Cape.  It is the legislative capital of the country with Parliament Down Town. The city is famous for its harbour, well-known landmarks such as Table Mountain and Cape Point.

Cape Town was first developed by the Dutch East India Company to serve as a supply station for Dutch ships sailing from Europe to East Africa, India, and the Far East. Jan van Riebeeck arrived on 6 April 1652 and established the first permanent European settlement in South Africa. For many years, Cape Town was the largest city in South Africa until the discovery of gold resulting in Johannesburg coming about. Cape Town is still the economic hub of the Western Cape. The city was recently named “Best city in the World”.

Day 10, we leave Cape Town and head for Pretoria via Cape Town International airport. The flight from Cape Town to OR Tambo airport in Johannesburg is about an hour and a half.

What a lovely tour to the Cape return!

Beautiful landscape, scenery, towns, museums and farms the like not to mention our stay in the safari park. All kinds of interesting people along the way. Historical to modern day accommodation with restaurant offerings of all sorts, tastes and sizes added to the uniqueness of this part of South Africa.

Come join us on tour!

Friends, Families and Groups are welcome.

Black-Backed Jackal at a carcass

Can’t find what you are looking for? Kindly contact us to enquire about possible alternative tours of South Africa. 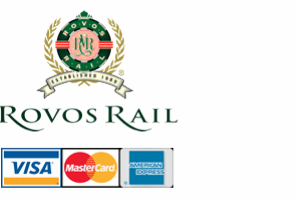